It is important to check the Triton College website for the latest information related to safety protocols and coming to campus. 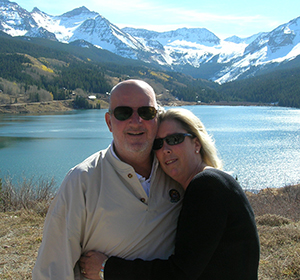 After pulling an all-night shift at a diner at which he moonlighted while studying Culinary Arts at Triton College, an exhausted John Ruzic fell asleep at his desk during his last final exam.

His instructor, Jens Neilsen, failed him.

The young Ruzic pleaded his case as to what caused him to take slumber with such inopportune timing, ultimately persuading Neilsen to allow him a second chance at the test. This time, he passed.

“I can tell you as sure as I’m talking to you, that if I would have had to repeat that class I probably would not have,” Ruzic recalled. “I attribute that to becoming what I am and having the resources that I do. A kinship between Jens and I remains to this day, for over 40 years.”

That compassion spring boarded what became a long-lasting and successful career in the restaurant and hospitality industries.

Ruzic left Triton with his associate degree, and went on to earn bachelor’s and master’s degrees from Florida International University. From there, Ruzic’s career journey included stints as the manager of a number of restaurants, Regional Vice President of a national hotel chain and a consultant to restaurants and hotels throughout the country.

Ruzic’s career culminated with him opening and operating his own hotel in Tampa, Florida in 1989. His knack for sending guests and staff home smiling earned him 35 community service and business awards, including the Hotelier of the Year Award in 2001 by the Florida Hotel and Motel Association.

A self-described ‘quintessential bad student’ in his formative years, Ruzic considers his Triton College education instrumental to the success he went on to achieve. He credits faculty members like Neilsen along with former Hospitality Program Director Joe Quagliano as catalysts to inspiring him to focus his energy and maximize his potential.

“Triton gave me that taste of everything so I could determine which way I wanted to go, as far as my career,” Ruzic said.

Now in retirement, Ruzic serves as a board member for a number of charitable organizations and has been a strong supporter of the Triton College Foundation.

He is also an avid collector, with an extensive art collection featuring a number of original Leroy Neiman paintings – as well as a collection of cars, golf clubs and other items.

As for advice to young students who are looking to carve out their path in life, Ruzic says “The only thing in front of your dreams is you. It really is that simple.”